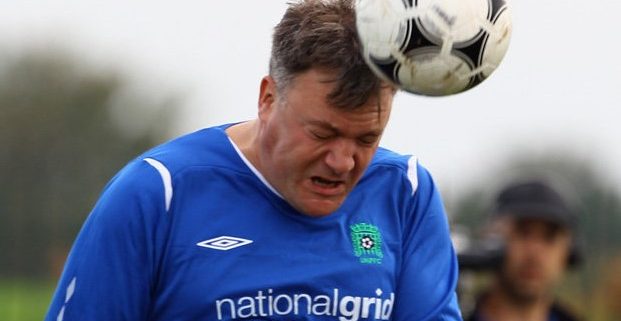 When a blog falls silent, it’s usually either a good or bad sign. Thankfully, in this case, it’s the former. We’ve been BusyBusyBusy rather than QuietQuietQuiet (sorry, that’s terrible …).

I’ve been writing, rather than hosting, a lot – almost exclusively. in fact. This blog has had three main purposes since it began – 1. (being honest) to help bring traffic to our website 2. to provide specific information on our quiz nights for our clients and 3. to just be informative and a bit of fun while being a bit of an authority on all things quiz.

A lot of my posts over the last few years have been about the joys and pitfalls of running quiz nights, and, as I say, they’ve served as places to point a client about the way our quizzes work. Until last week, though, I hadn’t run a quiz for about 9 months, so I just didn’t feel inspired to be writing all that much about quiz nights (as well as the fact I’ve written over 100 previous posts and I’d run the risk of repeating myself).

The writing work has been good – interesting, creative, exactly the kind of work we want to be doing. For me, it’s also often quite solitary, and a world away from the quiz nights. The atmosphere at quiz nights varies, but they do very often turn into loud and raucous mass participation events, which appear to be barely on the edge of control (though in reality we are always in control!). The best ones do, anyway.

For the last year, though, I’ve more often been in my special sound-proof QuizQuizQuiz shed trying to construct quiz questions/rounds/shows as if they’re haikus hewn from the very core of language and knowledge. Who knows, maybe sometimes they are …

Anyway, what’s my point? (I’m out of practice at writing blogs with a point.) Just that it’s a big quiz world and getting bigger. Gosh, some of those quizzers are turning into rock stars, as this rather good  documentary http://www.bbc.co.uk/programmes/b084fs6s claimed. Even our own director, Jack, has been on the radio talking about the whole quiz thing (among other things) on ‘The Museum of Curiosity‘. It’s a broad church.

For me, as a quiz writer, the essence is now boiled down to knowing what people know. I’m good at that now. Whichever people, in whatever setting, whether online, on a TV show, in a room, in a pub, that’s a skill I’ve got. It’s far from faultless, though. There’s as much joy in someone unexpectedly knowing something you thought would stump them, as there is despair in people using neither knowledge nor knowhow, and failing miserably when you least expect it.

Quizzes should always reward knowledge and knowhow – it’s a bit of a shame when people apply good reasoning to a question and still get it wrong. That applies to any quiz situation.

For some reason, this year, I’ve written a lot of questions, often in completely different contexts, about Ed Balls. Currently no man alive lends themselves better to slightly comical quiz questions. Thank you Ed Balls. And as my own little tribute to Ed Balls Day … Ed Balls.

I ran a quiz last week – a big old quiz for 200 people in a bar in London – an old routine I’d fallen out of but thankfully fell back into pretty quickly. My joy for the last year has been applying a fair bit of science and a little bit of art to question writing, initially on my own, then in close, limited collaboration. However, last week I remembered the joy of playing ‘Sound of da Police’ at high volume to a room full of tipsy but fiercely competitive business-folk, and, of course, I remembered the age-old rush of saying “And the year when they were all Number 1 is Nineteen …. ninety ……………. nine”